I think we all know some things in life are just hard. Like fractions, doing a Rubik’s cube in the dark, diamonds… and for me: finishing a story. My current work in progress was born six years ago. A lot can happen in six years: Buddha reached enlightenment, Jupiter goes from one side of the sun to the other, but me seeing a story through to the end? Funny. It took me almost five years just to finish the first draft (thank you, NaNoWriMo). During those many on again, off again years, I learned a lot. Specifically, how to not finish a first draft. Let’s take a look at some of the things I recommend you not do.

I love worldbuilding. I could spend all my time creating towns and kingdoms. But built worlds do not a story make. I thought I had to create all elements from scratch to achieve a level of believability and originality in my world. You don’t. You shouldn’t let it drag on. Take a few components and change them – don’t try to change everything. Fantasy author Brandon Sanderson has a great analogy for this in his YouTube lectures: worldbuilding should be like a hollow iceberg. Show your reader the tip, and enough below the surface that they think there’s a whole lot more underneath.

2. Edit and Revise During Your First Draft

I knew there were certain scenes I wanted to include in my story and I had them mapped out in my head ready to go. But once I had the scene down on paper, instead of moving on, I rewrote it. Again and again. I didn’t want to move on until the scene was “perfect”. Don’t do this. Get the words on the page. Don’t look back. Wait until you finish a draft, then you can edit and revise until your heart’s content.

For the longest time, I thought I was a hardcore plotter. It seemed completely mad to start writing without knowing where you’re headed. So as I wrote, I stuck to my very terrible and holey outline. And if my character wanted to go off on a tangent or make a sudden appearance, I said “No. Go away!”. Now I know I’m more of a hybrid writer. I need a rough idea of what’s going on, but my first draft is a discovery draft. I listen to what my characters want to do. Sometimes the scene doesn’t make it to the final cut, but often it leads to new and exciting plot points I’d never thought of before.

4. Leave Scene Gaps for Future You to Fill In

By “future you”, I mean “second draft you”. I’m all for skipping scenes in the first draft if you don’t know what to write and want to keep the flow going. In fact, I regularly do that when I’m drafting. But go back and fill it in. “Second draft you” would prefer a bad scene to edit rather than a whole new scene to write from scratch.

5. Ditch Your Story for a New Idea

This is one of the main reasons why it took me so long to finish a first draft. Shiny new ideas would pop up and I’d want to work on those instead. Now, when a new idea springs up, I let myself get it out of my system and onto paper. Everything I know about the new story: I write it down. Any questions I’ll need to research later: I write them down too. Then I leave it. It’ll be there waiting for me, but until I’m done with my current project, they won’t get touched.

There you have it: all the mistakes I made whilst trying to finish a first draft. Whether it takes six weeks or six years, it’s easy to get frustrated and throw your half-finished first attempt into a drawer. I’m by no means an expert so feel free to ignore my ramblings. But if you take anything away, it’s this: perseverance is key.

And if all else fails, we can always get ourselves a glow-in-the-dark Rubik’s cube and learn a sweet new skill.

I have been busy working on my second draft this week: revise, edit, repeat. Like... Read More 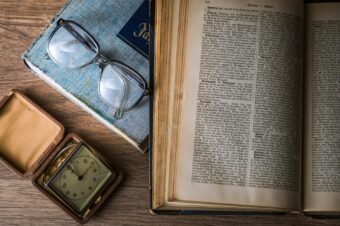 Every author’s writing space is different. Some have a whole room, some just a small... Read More 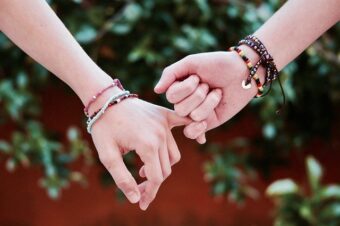 Finishing my second draft has put me in the mood to share what I love... Read More

This site uses Akismet to reduce spam. Learn how your comment data is processed.